Con Dao is one of the few places in Vietnam that is home to rare dugong, sea turtles, and dolphins, and to varieties of orchids found nowhere else in the country.

Location: Con Dao Island is situated in Ba Ria - Vung Tau Province
Characteristics: Con Dao Island is also famous for its nice beaches shaded with evergreen trees, fresh air, clear blue waters, and primitive forests.
Looking at a map, Con Dao Island looks like a bear rising from the sea to south east of Vietnam. Originally a prison for patriots and revolutionists during the French and American resistance, Con Dao Island sheltered brave revolutionary spirits of the Vietnamese people. More than 22,000 prisoners who dedicated their lives to national independence were incarcerated on the isolated island of Con Dao. 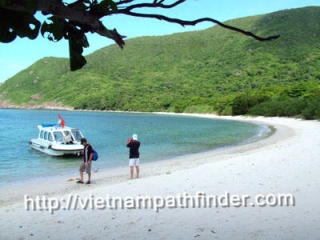 Con Dao was recognized as a nature reserve in 1984 and a national park in 1993. The total protected area of the park is 20,000ha, including 14,000ha of sea and 6,000ha of forest on 14 islands. There is also a buffer zone that is 20,500ha wide. Con Dao National Park encompasses oceanic and coastal ecosystems such as mangrove forests, coral reefs and sea grasslands. Over 1,300 species of sea animals have been identified here. The park is the most important egg-laying area in Vietnam for sea turtles. The island also has many precious animals, the most important being dugong (called sea cows by locals). Between late 1996 and early 1997, officials at the park counted 10 dugong in the sea surrounding the island. With high oceanic biodiversity, Con Dao is classified as one of the areas given optimum priority in the worlds system of oceanic reserves. 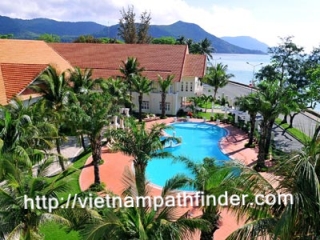 The best time to visit Con Dao Island is from March to June, when the sea is calm. Some of those beaches include Dam Trau, Hang Duong and Phi Yen where visitors can relax and enjoy the warm temperature. The ocean around Con Dao Island is a heaven for sea life and the splendid forest cloaks the land. This is ecotourism at its best. Clean, smooth sand banks, blue sea, dolphins jumping and racing after boats, tropical almond trees swinging in a cool sea breeze, peaceful narrow roads, and forest covering most of the island, make Con Dao seem like heaven to visitors from far and wide.

Con Dao is one of the few places in Vietnam that is home to rare dugong, sea turtles, and dolphins, and to varieties of orchids found nowhere else in the country. In addition, the island has large and diverse coral reefs comparable to the most famous ecotourism spots in the region. This peaceful island district has 5,000 people whom nature seems to have created with kind hearted and generous characters and adventurous enough to choose the remote island as their home. Visitors will arrive there to enjoy themselves in an intact natural environment and have a good time with dugong, sea turtles and dolphins playing freely around the island paradise.