Al Noor Mosque at No. 12 Hang Luoc is the only one in Hanoi and very unqiue place to visit

Every Friday, the only Mosque in Hanoi and the northern region, Al Noor at No. 12 Hang Luoc, is always filled with devotees from all over the capital and surrounding areas.

This is the Jamiyah Mosque in HCM City, please view all 7 best Muslim Mosques in Vietnam

Of nearly 300 devotees gathering to pray in the mosque of more than hundred years old, only 55 are Vietnamese, the remaining are officials from the embassies of Muslims countries in Hanoi.

Friday is the feast day of the spiritual life of Muslims. On this day, they wear traditional costumes with round hats on top and go to the mosque to pray. This activity is not absolutely required, but if in a radius of less than 30 kilometers from the mosque, the faithful should go to pray.

Besides Friday, Muslims have two especially important holidays – the ending day of the fasting month of Ramadan and the pilgrimage to the Holy City of Mecca.

In Vietnam but they have to abstain from pork

While living in Vietnam, the Muslims still strictly observe taboos. Mr. Ru Xot, 43, a Champa ethnic from Ninh Thuan province, one of the 55 Vietnamese who are Muslims in Hanoi, said: "Pork is the most popular food in our country, but in Islam, it is a taboo food."

Ru Xot added: "The alcoholic beverages such as beer and wine are also prohibited thoroughly. Muslims are allowed to eat beef, but the cows must be slaughtered by Muslims. All animals that eat other animals such as dogs, cats, crocodiles... and animal blood are also banned.”

The ninth month in the Arabic calendar is often called the "month of fasting", or the correct name is "Ramadan." In this month, Muslims in Hanoi must follow basic rules: not eating, not drinking, and not smoking from sunrise until sunset. Except for babies, pregnant women and those who work too hard, all believers must be taken seriously.

The manager of the Al Noor Mosque is Mr. Doan Hong Cuong, a Pakistani Vietnamese. He is more than 60 and succeeds his father (a Pakistani) to manage this mosque for more than 20 years.

He said: "God is invisible to normal people, visible to those who have faith. It is important to the believer to always believe and trust in God!"

Muslims have to practice ceremony five times a day, wherever they are. They do not have to go to the mosque for the ceremony every day but they can perform it anywhere, from cafes, airports, home to the street, on a car ... as long as the place is clean.

Mr. Zamal, a native of Bangladesh, who has been living in Hanoi for more than three years, eagerly told VietNamNet’s reporters about the interesting situations around the daily ritual in a foreign land: "Once during the meeting of my company, at the time for ceremony practice, I went to the middle of the meeting room to lay a carpet, knelt down and prayed. Everyone was very surprised; a foreign partner was afraid and ran out of the room."

According to the Vietnam Religious Affair Committee, there are approximately 72,000 Muslims in Vietnam, constituting 0.1% of the nation’s population.
There are approximately 80 Vietnamese Muslims living in Hanoi and about 100 in other areas of northern Vietnam (also with more than 300 foreign Muslims)

The majority of Muslims in Vietnam are Cham people, an ethnic minority residing largely in the Central and Southern part of the country (special in the Mekong delta provinces such as Chau Doc, An Giang). They are the descendants of Muslims from the Kingdom of Champa, which, after 15 years of existence, was annexed and absorbed into Vietnam in the 17th century. The majority of Cham people entered Islam after the King of Chame embraced the faith between 1607 and 1676.

Wearing veils when going out and to the mosque is mandatory for Muslim women in many countries around the world. However, in Vietnam, the rules are "loosened" to fit in social life.

Muslim women in Vietnam do not have to wear a veil. They only have to cover their head by a scarf upon entering the mosque. The scarf can be made from any material, as long as it can cover all the hair on the head.

The Islamic law does not allow women to be the economic mainstay in the family. When they go out, they must be escorted by one of the three people: their father, their husband or their first son. But in Vietnam, Muslim women are still allowed to do business and go to the street alone.

Islam allows men to be polygamous. However, in Hanoi, "Islam does not prohibit men’s polygamy. Yet no one dares or is afford to be polygamous," said Mr. Cuong. According to him, there are two main reasons.

The first is the habits and customs, as well as the Vietnamese marriage and family law stimulating the monogamous regime. The second reason is very special, that is "if the first wife agrees, the husband is allowed to marry his second wife." In the case of property division, if the first wife has any assets, the second wife also has similar properties.

More than 100 years of development

In early 19th century, traders from India and the Middle East went to North Vietnam to purchase fabrics and exchange currency. According to statistics, in 1830, there were about 1,000 Indians in Indochina. They were wealthy merchants and held large market share of silk and cloth.

Officially put into use in 1890. The mosque was quite small, with an area of about 700 m2, but the place of worship was built in the typical Islamic style, with a dome, the curved doors and the pinnacle.

After more than 100 years, the Muslim community in Hanoi has been changed in the number. In 1975, there were only 16 members. After the great exodus in the past, now the number has increased to 55, including about 26 households.

In December 2011, Hanoi authorities allowed the establishment of the interim Managing Board of the Al Noor Mosque in Hanoi - the organization representing Muslims living and working in the capital.

The event has great significance to the believers here in establishing a bridge to the Muslim community in Vietnam in particular and the world in general. 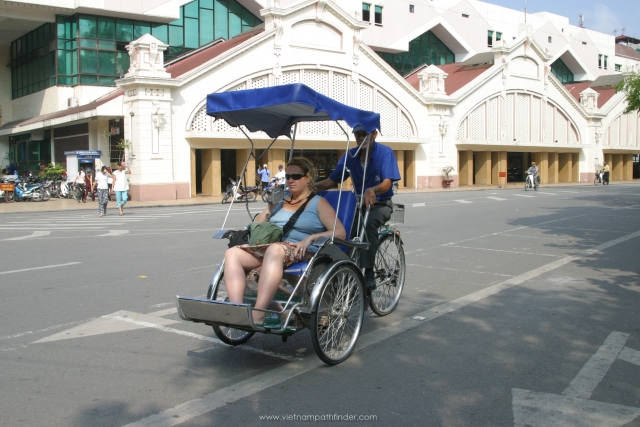