Hoi An, a World Heritage Site

The architecture of Hoi An is characterised by a harmonious blend of Vietnamese, Chinese and Japanese influences. 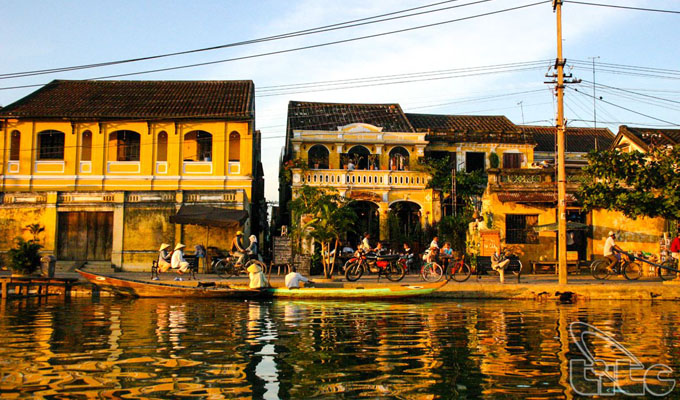 According to The Culture Trip, Hoi An is one of the most beautiful Vietnamese cities. Its Old Town is classified as a UNESCO World Heritage Site, as the area has over 2000 years of history. Back then, Hoi An used to be the main strategic port of the Cham Kingdom, where they controlled the spice trade. From the 16th to the 17th century, it was an important international port, and influences from all around are still reflected in Hoi An, even though the main cultural heritage comes from the Cham people, followed by the Chinese. The Old Town is incredibly beautiful to walk around, with all its narrow and winding lanes, and Chinese style shop houses – it gets even more atmospheric at sunset. It is also very common, and good value for money, to go to the local tailor for custom made suits.

Location: Hoi An is an old town down the Thu Bon River, on the coastal plain of Quang Nam Province, about 30km south of Danang.
Characteristics: The architectural significance of Hoi An has been recognized by UNESCO, during the 23rd Congress which took place in Marrakech (Morocco) from the 29th of November to the 4th of December, since the town was officially listed as a World Heritage Site. 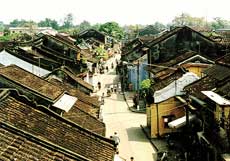 After a long period of absence from the tourist map, this lovely town started to draw the attention of visitors and researchers at the beginning of the 1980's. What is so special about Hoi An is that this little port town is in an incredible state of preservation. It offers some of the most densely concentrated sights in Vietnam with its old streets bordered with ancient houses and assembly halls, its pagodas, temples, ancient wells and tombs. In total, more than a thousand places of interest. 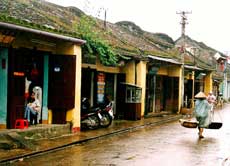 The architecture of Hoi An is characterised by a harmonious blend of Vietnamese, Chinese and Japanese influences. After many centuries, Hoi An is still respectful of its traditions, folk festivals, beliefs and of its sophisticated culinary art.

Set in a quiet environment, Hoi An is surrounded by peaceful villages, a beautiful river, the sea and sunny beaches. Offshore, Cu Lao Cham Islands are very famous for sheltering their prized birds' nests.